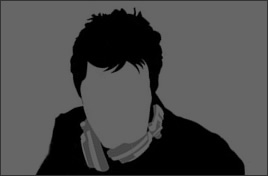 Mr. Gasmask got hooked on acid around 1995 and joined the Christmas Kitchen Lab. It was there that he was thought the way of the acid by Renald vs Teck. His uncontrolled 303 abuse brought about an addiction to sour beats and he worked his ass off for that squelchy sound since 1999 at which time he teamed up with Sid.A as Emetic. Quality time with Arkanoid resulted into the launch of Binary Bassline Records in 2002. He received enormous support from mad technician D'naab136 and can always be found around fellow addicts Dr.Evil, Rvooh, Slide303, Eliminator, Sid.A, Monokini Davy, Black Francis.